A group of preservatives that causes a lot of concerns. Are they justified?

Parabens are a group of effective preservatives that have become very controversial. Collectively, they are contained in about 20% of all cosmetics products. This covers a variety of categories such as face care, hair care and makeup. In the EU, all parabens are restricted and some have been banned completely.

They are shown to have an endocrine disrupting effect, meaning they can act as hormones when entering the body. Larger parabens tend to have a stronger effect. However, this effect is still very small (1000 to 1’000’000 times smaller than estrogen). Parabens only penetrate the skin in very small quantities. Parabens are quickly excreted or processed to PHBA which has no endocrine disrupting effect.

Toxicity studies in rats, dogs and mice have proven parabens to be practically non-toxic, not carcinogenic and not genotoxic.

However, generally there is little data on the effect of different parabens on humans. The EU published the most recent official opinion in 2011 where it frequently points out a lack of data.

Some evidence from rodent experiments is contradictory. Also, rodents seem to metabolize parabens differently than humans which reduces the relevance of most available data. As a result, the EU banned or limited the use of parabens in 2014.

A long term study published this year found that prenatal paraben exposure can cause overweight in children, especially girls. The most significant effect was from Butylparaben which, in the EU, is now regulated stronger. A Danish study from 2011 found that parabens applied to a baby’s nappy area can be a risk factor.

The writers conclusion: When I started the research I was pretty convinced that paraben-free products are a bit of a scam based on fearmongering. But the more I read the EU report and since I wasn't able to find a lot of new evidence since 2011, I would be more careful now. I do think the EU limits make sense and would still use products containing parabens within these limits. But I would now avoid any paraben that is banned in the EU and completely avoid using them for children or during pregnancy. It also makes sense to avoid parabens with damaged or thin skin (for example due to high age) since both increase the skin penetration. 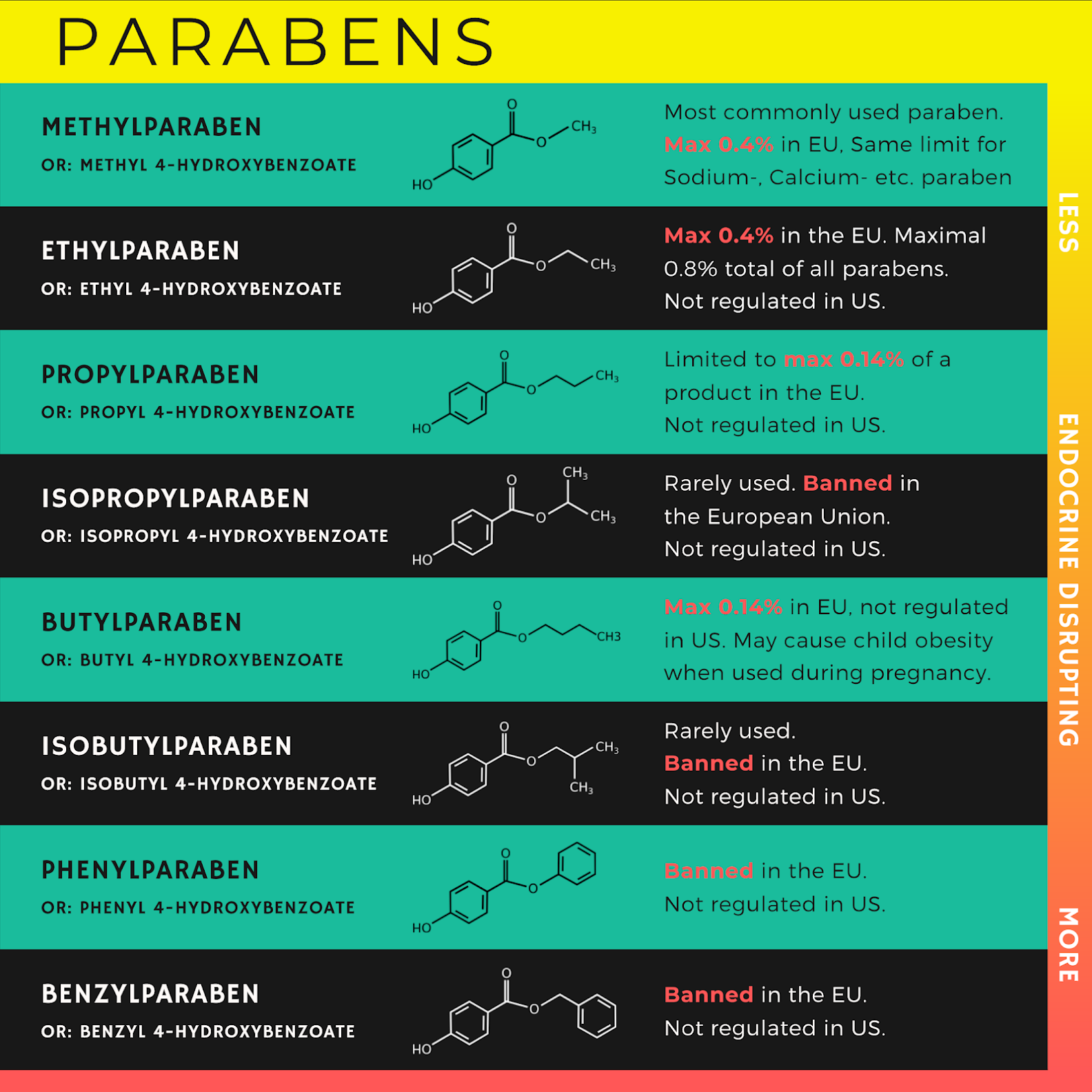